You are here: Home / Pastoral Support 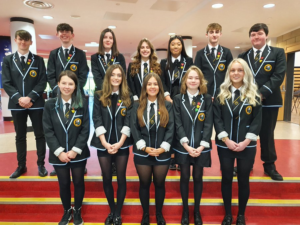 Our Pastoral Support for young people takes the form of six Guidance Houses, each led by a Principal Teacher Pastoral. Each house has two S6 Captains who provide support and advice to younger pupils within the group.

The House names were selected by pupils, staff and parents following a consultation exercise in 2015. In 2010 Pope Benedict called on the young people of Scotland to become “saints of the 21st Century” and our house names offer inspiration to our students to achieve this aim. Our young people looked for role models would inspired through their commitment to Catholic social teachings and all S1 pupils are introduced to the story behind their house name by the house captains.