When the first Harry Potter novel was published in 1997, Harry Potter and the Philosopher’s Stone, I wonder if anyone recognised its potential to develop into a $25 billion franchise. However perhaps the biggest impact it has made is the way it has influenced the lives and minds of millions of children and adults across the globe. In celebration of Harry Potter day we asked some of our resident Potterheads what they learned from growing up in the magical world of Harry Potter.

For me, one of the most important messages that Rowling conveys through her books is that of strong female role models. Professor McGonagall, the Head of Gryffindor House, exemplified strong females in a  leadership position. McGonagall forced us to admit a grudging respect for our teachers: we didn’t always lack her, but her decisions were consistently backed with firm reasoning.  Molly Weasley was everything a stereotypical mother could be. She was strong, caring, considerate. Molly took in her children’s friends as if they were her own ad was never afraid to speak her mind.  Ginny Weasley taught us that girls can be warriors too. She made us want to be sporty, adventurous and outgoing. Luna Lovegood taught us that it’s okay to be different, better in fact, and as long as you believe in yourself it does matter if few else do. This brings us to one of the most well-known female role model the Harry Potter series has to offer. Hermione Granger was the character most young girls, myself included, grew up idolising. She was fearless, feisty, passionate and intelligent beyond belief. Above all, she was human, a character young girls could relate to, she was imperfect she was flawed, but that made her even better. Hermione stood up for what she believed in, even going so far as to start a House Elf Protection movement in her 4th Year.

I think that the number of strong female characters throughout this book series is reflective of the way Rowling wishes young girls (and anyone, really) to perceive themselves. Rowling wanted us to grow up to be a leader like Professor McGonagall, to be caring like Molly, to be outgoing like Ginny, to believe in themselves like Luna, to stand up for what is right like Hermione.

JK Rowling’s use of characterisation meant that we could each find someone we found relatable – whether it be a member of the famous golden trio, or a character with less focus such as Luna or Ginny. Harry’s 3rd year Defence Against the Dark Arts Teacher, Remus Lupin, is a perfect example of this. Lupin struggled in silence as a werewolf, which in the wizarding community was surrounded by a strong stigma. The perception that it was an issue he struggled with primarily alone can be related to those suffering with “invisible illnesses”, which despite being profoundly disabling, is often trivialised to seem less intense or painful because there are no obvious physical signs of illness. These invisible illnesses often include mental illnesses (e.g. depression, schizophrenia, obsessive compulsive disorder, personality disorders) or chronic illnesses (e.g. diabetes, Crohn’s disease, cystic fibrosis). In such a subtly way where it

was barely noticeable, JK Rowling taught me to be patient and understanding – everyone has things in life that they find difficult to deal with, by being patient and giving them the space or support they need you could potentially make a huge difference and take a small portion of the weight from their shoulders.

Erin Henry, S6
The introduction of the prophecy in the Harry Potter novels sets up the idea of fate within the series.

The prophecy set up in the novel was that a boy “… with the power to vanquish the Dark Lord will be born as the seventh month dies….”  to “…those who have thrice defied him… and that “…and the Dark Lord will mark him as his equal..”

The criteria reveals that the boy who could defeat He-who-must-not-be-named would be born in July and the son of those who had fought against Voldemort. Obviously this criteria fits Harry exactly, his birthday is in July and his parents fought in the Order of the Phoenix and with his scar marking him as Voldemort’s. So, it seems pretty clear cut. Harry is the chosen one. Prophecy is done and dusted.

However, there is another character in the book who fits this prophecy and that is Neville Longbottom. He too was born in July and had parents who fought in the order, who were notoriously tortured to insanity by Bellatrix Lestrange, but he obviously doesn’t have a scar like Harry.

Now this is when the prophecy gets real interesting, Dumbledore reveals to Harry that Neville could have been the chosen one, that he, like Harry, had fit the criteria of the Great Prophecy. This scatters the premonitions of fate set up earlier in the series. It suggests that you choose your own future, that your fate is not set in stone but moulded by your actions.

This aspect of Harry Potter novels teaches the reader that your future is yours to decide and shape. That your life is not set in stone. That you can control your own destiny.

Niamh McLaughlin, S5
Whether you are a fan of Harry Potter or not J.K Rowling must be commended for her world building abilities, creating an authentic and intriguing world with an inbuilt sense of culture. When I look at Harry Potter now I see how issues effecting our world today were exemplified in her work. One example of this is her treatment of the media, particularly in The Goblet of Fire and The Deathly Hallows. Through the characterisation of Reeta Skeeter, a scheming and vindictive journalist, Rowling conveys how individuals and stories can be manipulated to create the kind of scandal which equates to a rise in newspaper sales. Later in the series she explores the interaction between government and the media, demonstrating how the two are closely interlinked. The Daily Prophet, a popular newspaper, essentially becomes a source of government propaganda while the alternative and much less popular publication, The Quibbler, manages to remain apart from media influence. Although initially dismissed for its irregular conspiracy theories and odd content this newspaper becomes the only reliable source of information in a time of crisis.  Overall her portrayal of the media is extremely negative and represents many criticisms of the press today. By immersing myself in Harry Potter only to be brought sharply back to reality it is clear that mistrust of the media is not simply an issue for the muggle world.

J.K Rowling’s Harry Potter series is one of the most critically acclaimed book series of all time. After receiving 12 rejections in a row from different publishers, Harry Potter  and the Philosopher’s Stone went on to become a seven book series, and then an eight movie franchise with a theme park and studio tour, amongst other things. Both JK Rowling’s novel and her own personal story have provided inspiration to million of people across the globe. 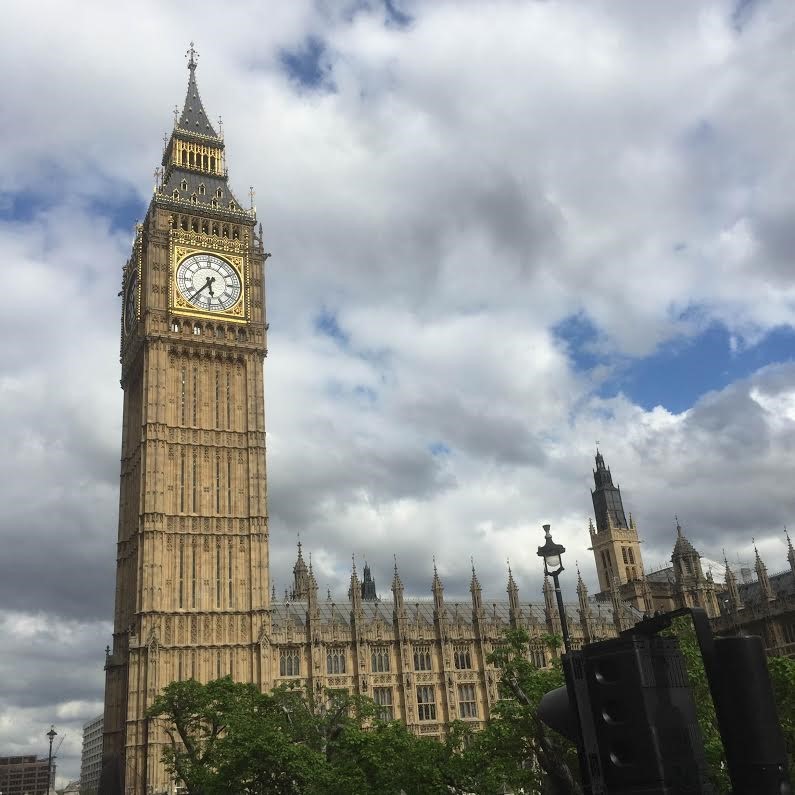 This summer a group of pupils ventured off to London, for Rebecca McNicoll and Chloe Anderson the trip filled with sightseeing, music and magic was one to remember… 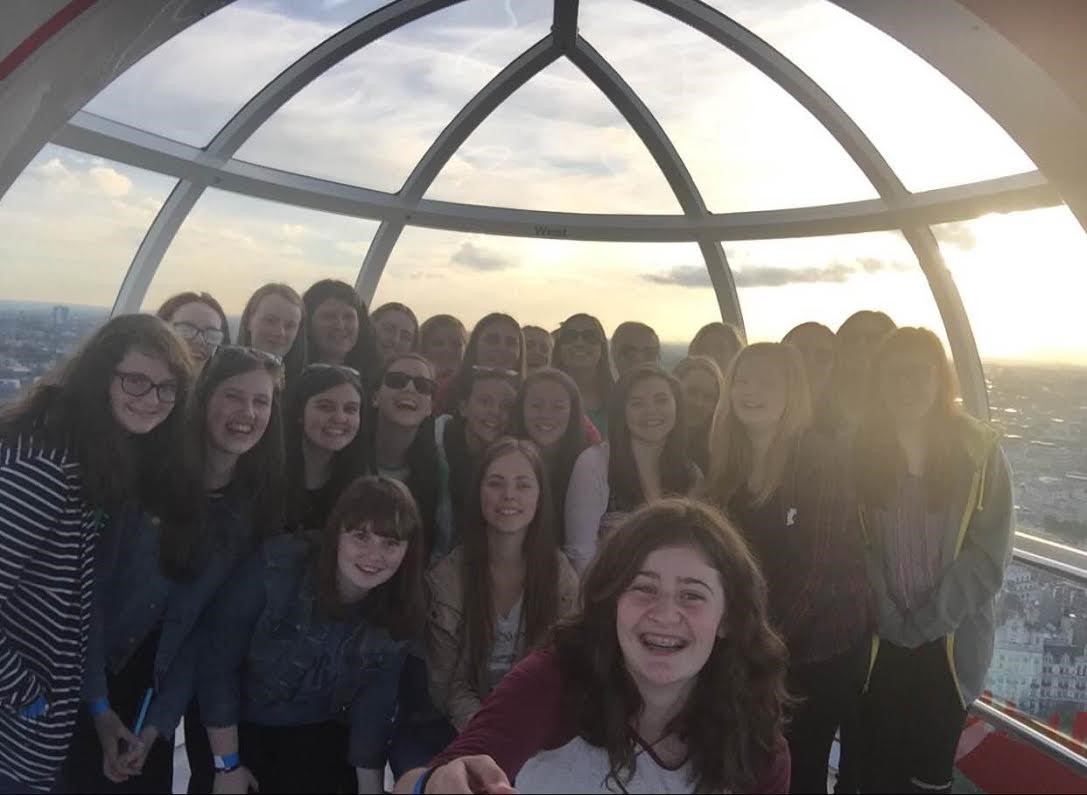 After a bright and early start at 6am we set off on a 5 hour train journey.Once at Euston we got a bus to our hotel then dumped our stuff before heading off, excitedly, to the magical world of Harry Potter. 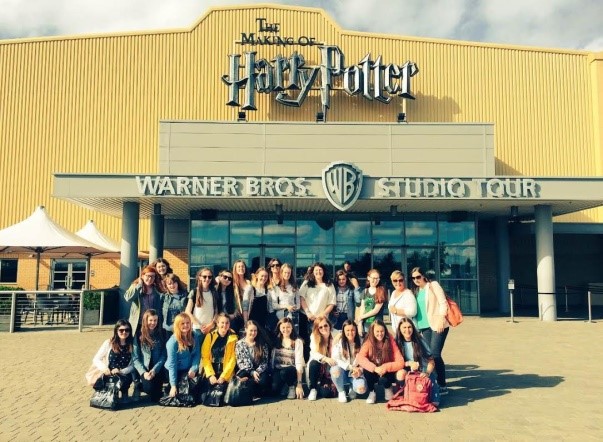 No one could have predicted the magic that was hidden inside the large and yellow building. As soon as we opened the doors we were immediately amazed; Ron’s classic blue car hung proudly in the air, pictures of all the cast were fixed on the walls and at the entrance was the well-known, “cupboard under the stairs”. This was just the beginning. Since it was Niamh’s birthday she got to open the magnificent doors to the Great Hall. It looked the exact same as in the movies; the two long tables were both laid with glittering golden plates and goblets. Behind each table stood the house uniforms; Slytherin, Hufflepuff, Ravenclaw and Gryffindor. Outside the great hall were all the main sets of the movies. The main ones included; the Wizard’s common room, Hagrid’s house and The Grand Staircase. After many group selfies we went outside the main building to Privet Drive where we got to enter the Dudley household! Inside we saw the living room where there was many letters around the room suspended by strings. It looked the exact same as it did in the movies when Harry’s letters to Hogwarts were flying around the room. Next we actually go to go inside Ron’s car and ride Hagrid’s motorbike. The tour had made Harry Potter come alive! The most amazing part for me personally, was getting to go on Hogwarts express and see inside the carriages. I felt like I was reliving the first time Ron and Harry met Hermione!

After the weird and wonderful tour of Harry Potter World we got on the London Eye. Luckily, the rain and cloud had cleared so we got an astonishing view of the city. We could see Buckingham palace from the top, and got amazing photos of Parliament, which we got to visit the next day! 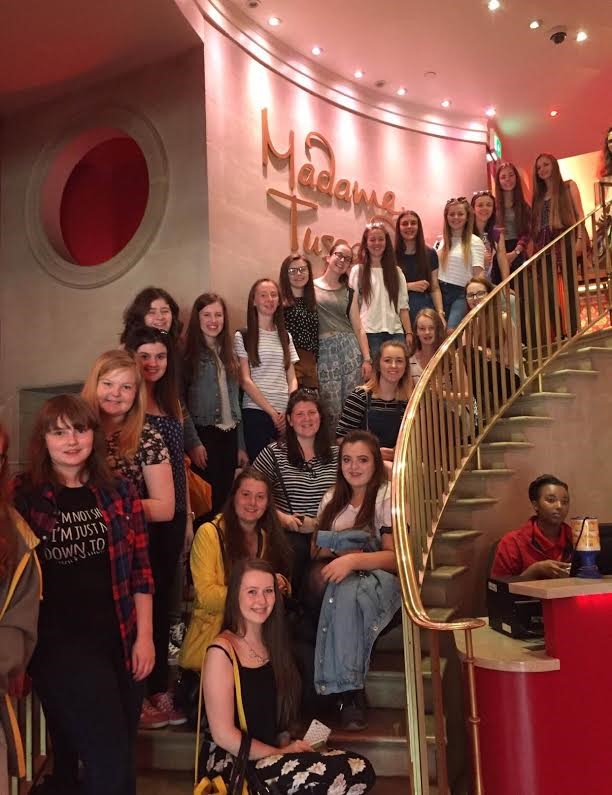 The following day we visited Madame Tussauds, the worldwide famous wax museum. We got to meet the great Leonardo DiCaprio, who looked even better in person may I add, and other stars including Emma Watson, Usain Bolt, Beyoncé, Posh and Becks, the legend Muhammad Ali and so many more! All the wax figures were very realistic. Sometimes I even felt I was being watched! For lunch we had a delicious meal at The Hard Rock Café. Then next on our list was The Original Bus Tour which took us from Big Ben to the beautiful St. James’s Cathedral! The architecture of the cathedral was breath-taking! We also got to see the dragons that mark the boundaries of the city of London. Their backs face the city because they are guarding it. Personally, my favourite part of the tour was getting to see The Shard. It amazed me how tall it was, 310 metres!

Last stop, Charlie and The Chocolate Factory! The show was very similar to the classic tale of Charlie and the Chocolate Factory but it had some very interesting twists and original songs. The actors and actress’ played their parts excellently. Young Charlie was especially great!  I wasn’t sure that they would be able to pull off some scenes, due to the futuristic style in which Roald Dahl originally portrayed Wonka’s world, however the cast and crew definitely delivered. London was undoubtly a brilliant experience with the most amazing people! 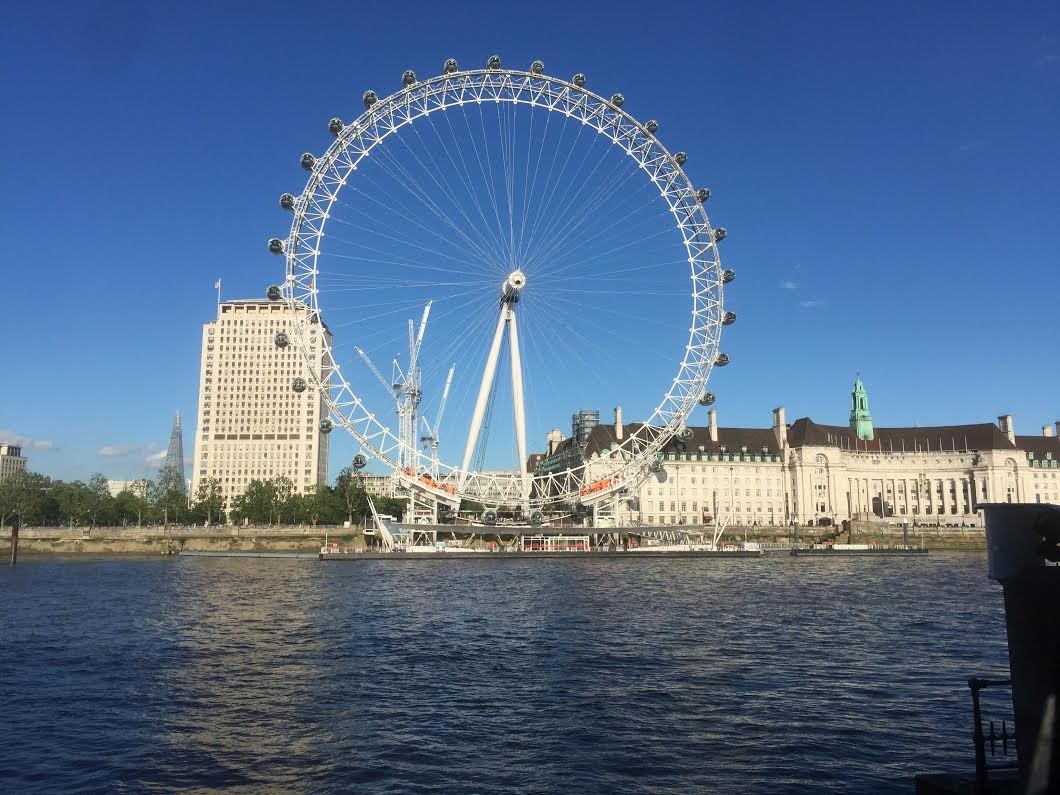